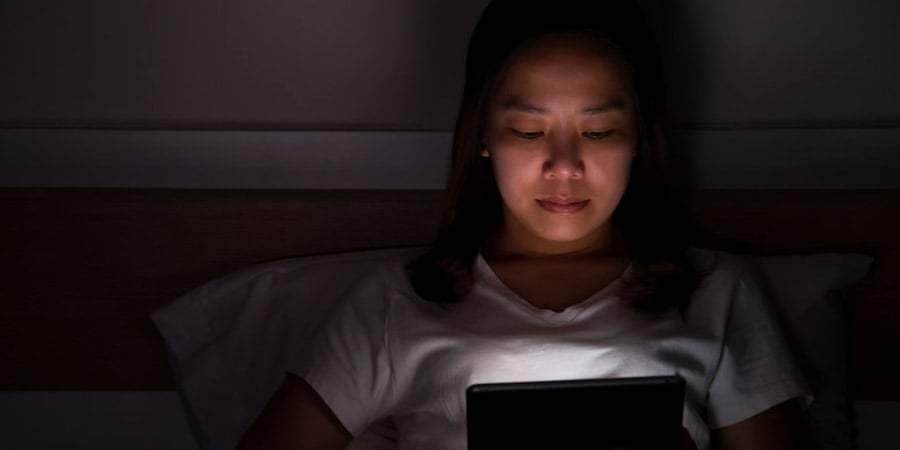 Technology is supposed to make life easier, and for the most part it does. Laser vision correction is a prime example of how a quick and painless procedure can leave you with better than 20/20 vision as soon as the following morning. There are even several different types of procedures qualified technicians can use to suit your particular eye shape and condition. If you’ve been skittish about getting a custom LASIK procedure because you don’t trust the technology, it could be time to finally take the plunge on this tried-and-tested technique to improve your vision more than you ever thought possible.

However, not every form of cutting-edge technology can be as effective, and while it seems that everyone and their mother has a smartphone or tablet these days, the jury is still out on whether these devices are bad for your eyes. While each person’s eyes function differently in high- and low-light conditions, there is some emerging evidence that backlit LED screens might be doing your eyes more harm than good.

Computer vision syndrome
Imagine that your job was to stare at a light bulb for eight hours a day for five days a week. At what point would your eyes start to feel strained, and when would you say that you’ve had enough?

If the average office employee is any indication, that might take a very long time. Most modern computer screens give off an inordinate amount of blue light, one of the colours in the visible spectrum with the most energetic wavelength. A little blue light won’t do much to hurt the eyes, but too much can cause what’s known as computer vision syndrome, where you might experience these symptoms:

These are far from the most debilitating symptoms, but if you use your personal device of choice within a few hours of bed, that blue light may also keep you awake for longer, and it’s even been known to cause temporary insomnia.

A different kind of screen
While backlit LED screens that give off tremendous amounts of blue light might be the most popular options on the market today, Lifehacker investigated whether E-Ink screens that mimic the appearance of actual sheets of paper are better for your eyes than the alternative. Joe Croft, co-founder and executive vice president of research design and development at specialty glasses manufacturer Gunnar, told the source that glare from glossy screens might also contribute to computer vision syndrome. On the other hand, E-Ink screens are designed to appear like they have a smooth, matte finish. Gunnar claimed that this reduced the amount of light bombarding the eyes.

He also explained that because the eye evolved to capture light reflected off of objects and not directly from light sources themselves, staring into an LED screen for hours every day may be too much for your eyes to put up with.

Reduce light, reduce strain
It’s one thing to complain about eye strain from computers, but the fact of the matter is that these devices are inescapable parts of life now, and no amount of griping will get you out of staring at your screen while you’re at work. So how can you keep your eyes healthy while still getting all your work done in the office?

Apple, the maker of many blue-emitting screens on the market today, recommended limiting other light sources as much as possible. This doesn’t mean turning the lights in your office out for the entire work day, but drawing the shades to block sunlight that’s reflecting off your screen is a little step that can go a long way.

Just like your mother used to tell you, how close you sit to the screen also has an effect on how your eyes manage to handle the strain of continuous computer use. Apple recommended setting your monitor anywhere between 18 and 24 inches away from you. Also make sure that you’re not craning your neck up or down to see the screen – the more discomfort you’re in, the less you’ll be able to focus at work.

There are also plenty of ways you can tinker with your monitor to make it a little easier on the eyes. If blue light is the culprit, download Flux, a program that changes the hue of your computer screen based on the time of day – as the sun goes down outside, your computer screen will imperceptibly be stripped of the blue light that causes you so many problems. If you don’t want to bother with downloading things, you can simply adjust the display settings on your monitor manually to show softer colors like green and red that don’t place as much strain on your eyes.