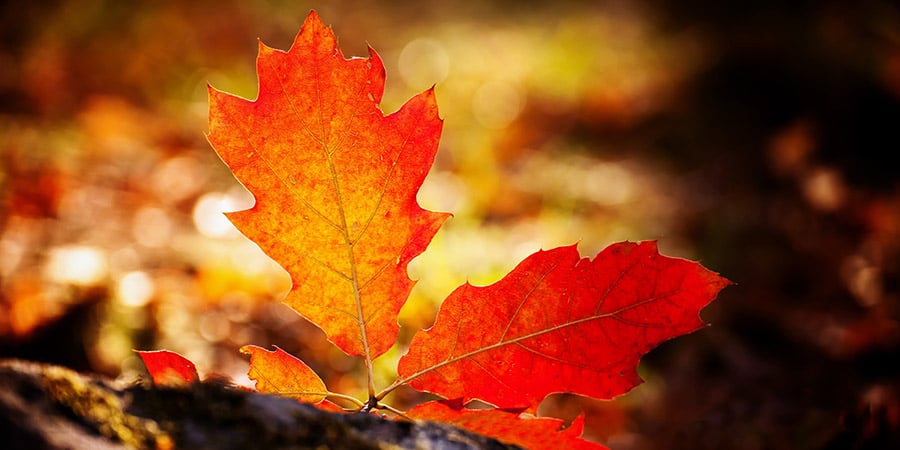 The return of college football, pumpkin spice lattes and increasingly shorter days can only mean one thing here in the northern hemisphere… the first day of fall is on the way!

The autumnal equinox marks the official first day of fall. The word “equinox” comes from the Latin meaning “equal night” and as this suggests, on an equinox the day and the night last for the same length of time. Astronomically speaking, on the equinox the earth’s equator aligns with the centre of the sun and everywhere in the world receives approximately 12 hours of sunlight and 12 hours of darkness. This is unusual as it only happens twice a year, with the spring equivalent (the Vernal Equinox) taking place in March.

Practically speaking, the equinox marks the transition into a new season, and here in Canada, that means that the days will continue to get shorter right up until the winter solstice on December 21st, the shortest day of the year and the official beginning of winter (but let’s not think about winter just yet!). We will gradually start to notice that the sun rises later and sets earlier, and this often means a darker daily commute to work and more nighttime driving.

With decreased daylight hours, night vision becomes increasingly important. For some people who suffer from myopia—also known as nearsightedness—this can be a challenge, as 30-40% of myopes often experience night vision problems. Conversely, many patients who have had LASIK actually indicate improved night vision quality following their procedure. This could certainly be an advantage during those brisk, late night strolls kicking through fallen leaves, or driving through darkened streets on the way home from the office.

In the northern hemisphere the autumnal equinox also occurs around the harvest season, and the full moon closest to this date is referred to as the Harvest Moon (of which Canadian crooner Neil Young sang so eloquently). Many cultures have traditions and celebrations to mark this move into fall, including the Mid-Autumn or Moon Festival in China, for which mooncakes are a typical baked treat. Even the wildly unique “Burning Man” festival held each year in the Nevada desert is rooted in pagan harvest traditions marking this seasonal alignment of the sun.

For most of us, the first day of fall means a fond farewell to the long, lazy summer days, and a fresh start on new projects as we head towards the winter holiday season. Some of us refocus our fitness efforts; others begin a new class or head back to the kitchen after a hot, humid summer of avoiding the oven. So as you prepare to welcome another fall season, consider the advantages that glasses and contacts-free vision may bring to your new activities and shorter days. Improving your vision with the change of seasons may be one way to truly turn over a new leaf this fall.