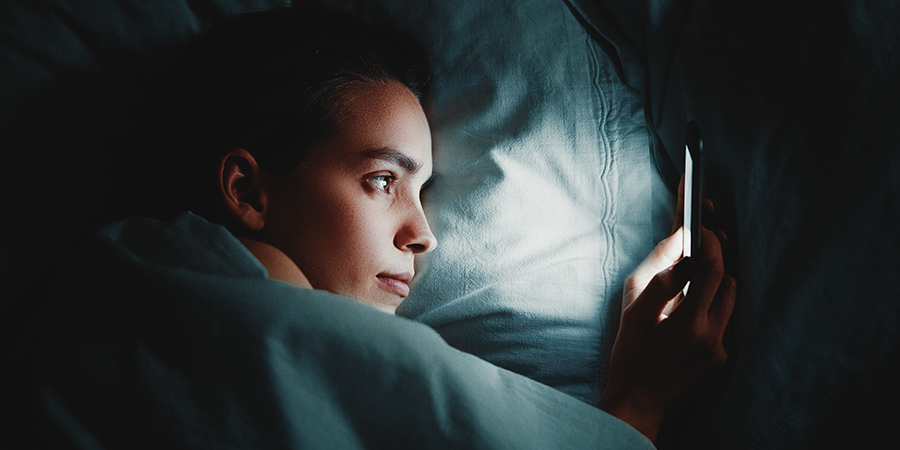 Is blue light bad for your eyes?

An increasing number of news reports are coming out with alarming titles such as “Why Blue Light Is So Bad,” “3 Serious Reasons To Stop Using Your Smartphone At Night”, and “Blue Light Has a Dark Side.” With interior lights, computers and smartphones contributing to our exposure to blue light, it’s normal that the question of its impact on our health, especially our eyes, comes up. Read on to learn how blue light affects us and whether it is positive or negative.

What is blue light?

Blue light is, simply put, one form of wavelength contained in a ray of light. Sunlight contains many different wavelengths, including red, orange, yellow, green, and blue. The longer the wavelength, the less energy they have. For example, blue light rays are short and contain more energy. You may have heard the term “ultraviolet radiation” – this refers to light in the blue and violet spectrum. Light at the end of this spectrum is so high in energy that it can actually change our bodies; tanning or burning our skin in the sun or tanning salon is caused by this form of light, as well as “snow blindness”, a type of burn to the eyes.

Where do you find blue light?

While the sun is the main source of blue light, it is also found in other places such as fluorescent and LED lights, televisions, computers, and smartphones.

Is blue light bad for you?

The short answer: it’s all about timing.

Blue light helps to regulate our sleep-wake cycle, known as the circadian rhythm. Blue light keeps us awake by suppressing melatonin (our sleep-inducing hormone), so being exposed to it in the morning or during the day is actually helpful. It improves memory, cognitive function, and mood (for example, in the treatment of seasonal affective disorder with blue UV lamps).

If, on the other hand, you watch a lot of TV or use your smartphone before bed, you may be sending confusing signals to your brain. By suppressing melatonin, your body will get the signal that it’s time to be awake, so falling asleep could be more difficult. The solution for this is simple: either reduce your screen time before bed or switch your phone’s light settings to more yellow tones. 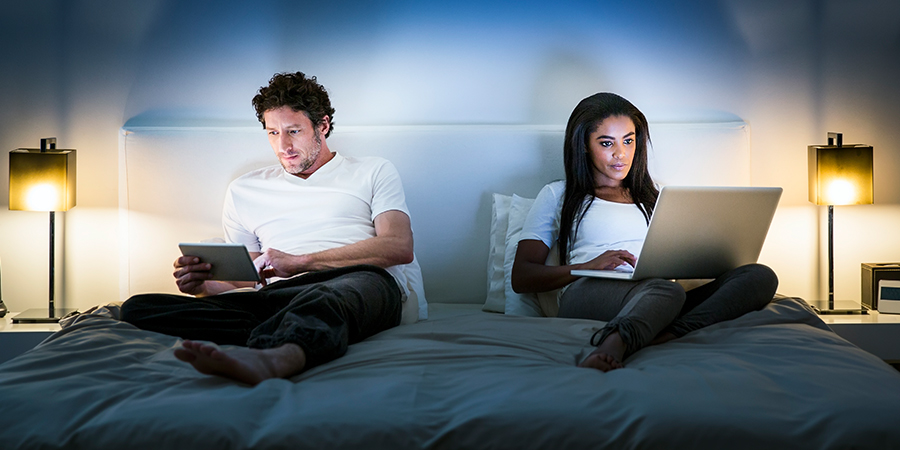 Another benefit of blue light during the day? Small doses from the sun is the easiest way to get our body to produce vitamin D, a vitamin essential for bone and eye health, as well as your immune system.

Lastly, a study published in the journal Neurobiology of Disease showed that blue light exposure in the morning helped people with mild traumatic brain injury (mTBI). Participants in the study were exposed to 30 minutes of blue light every morning for six weeks. The results showed that, compared to a control group, they had improved sleep, better cognitive function, reduced daytime sleepiness and actual brain repair.

Another argument against blue light is that it can cause eye strain and this part is true - if you spend a lot of time looking at screens. Blue light scatters more, making it harder to focus, which is why you might notice more eye strain if you, for example, work on a computer all day. For this reason, it’s important to take breaks to give your eyes a rest. You can also purchase a yellow filter for your devices if you cannot avoid lengthy screen times, although the jury’s out on whether this helps much.

Interestingly enough, the natural human lens in the eye can actually filter most blue light from the sun so that it never reaches and damages the retina (but don’t think it’s okay to ditch your sunglasses!). However, the natural lens cannot do the same with blue light from other sources, like computers and smartphones.

For people who have had their natural lens replaced – like those who have had cataract surgery - they may no longer be able to block blue light. They could, however, have the option of getting an artificial lens with blue light blocking technology.

So before you throw out all your electronic devices and go back to reading by candlelight, just remember: moderation and timing are key! Unless you have a habit of staring at the sun, there is currently no evidence that shows blue light causes irreversible damage to our eyes.