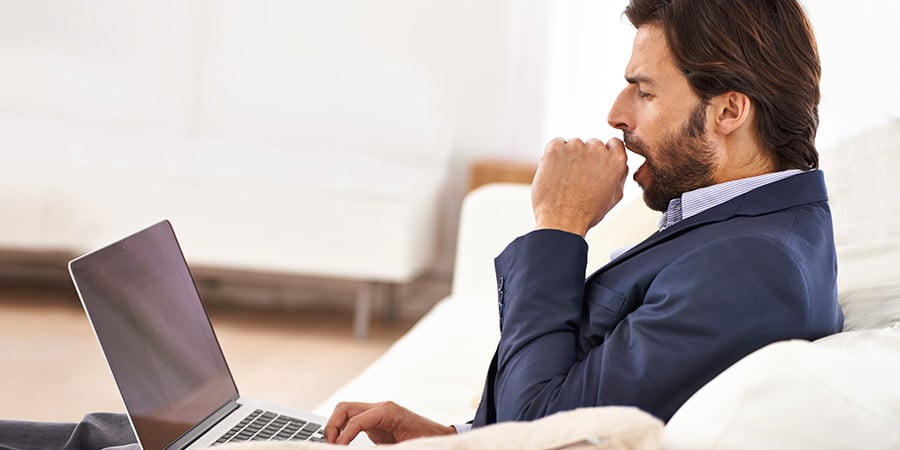 Why do your Eyes Water When you Yawn?

Though modern medical science has managed to produce several noteworthy breakthroughs, such as custom LASIK procedures that can give patients better vision than they ever imagined, there are still a number of things that doctors don’t understand about the human body. For example, scientists still can’t say for certain why humans need to sleep every night.

Yawning is also a bit of a mystery to modern science. The Huffington Post explained that there’s plenty of evidence pointing to several different interpretations for the universal sign of fatigue but few definitive answers. Matthew Campbell, Ph.D., a researcher at the Yerkes National Primate Research Center at Emory University, told Smithsonian magazine that some believe your brain sends signals for a brief break in the form of a yawn when it takes in too much information at once.

However, many experts agree that yawning and the tears that often come as a result of the action perform a much more important physiological function than you might think. If you’ve ever caught yourself mid-yawn and wondered why your vision is suddenly so blurry, the answer might surprise you.

Yawning the night away

You’re in the office late or your professor has gone half an hour in your last class of the night. You try not to, but you feel your jaw opening and before you know it, you’re yawning with a gaping mouth like the best of them.

But is being tired the only prerequisite for yawning? According to Andrew Newburg, director of the University of Pennsylvania’s Center for Spirituality and the Mind, it might have more to do with your mental focus than anything else. Newburg explained that yawning results in a large influx of oxygen into the body, followed by a similarly sized exhalation of carbon monoxide. This is like an oil change for your brain – with a shock supply of oxygen, it can be more alert and focused for at least a few minutes.

Newburg also explained that brain scans have shown yawning to activate a region of the brain known as the precuneus, a structure that has been linked with everything from consciousness, self-reflection, memory retrieval and – you guessed it – alertness.

Cry if you want to

Yawning is essentially a last-gasp effort for your body to boost your focus and mental power when you need it most, but what about the tears that well up when you’re caught in an exceptionally big yawn?

While you might think that a tear is a tear, there are actually several ways that your eyes produce the salty mixture. Emotional tears are mostly self-explanatory – when you’re sad, these come streaming down your face like a faucet. However, there’s also reflex tears that serve to remove contaminants like dust, dirt and smoke from the surface of the eye. If you’ve ever had anything stuck in your eye and couldn’t stop tearing up because of it, this is the reason why.

There’s one last type of tear that, if you’ve been paying attention, is responsible for lubricating the eye during every day life. Known as basal tears, this fluid is a mixture of protein, water, oil and a little bit of mucus to provide your sensitive eyes with all the moisture and lubrication they need throughout the day.

Unless your yawn happens to coincide with a particular heart-wrenching episode of your favorite movie, basal tears are responsible for your blurry vision just after a yawn. But why can you go through the day without as much as noticing a single drop only to feel like you’re underwater after a yawn?

It all has to do with anatomy. Your tears are produced by the lacrimal gland, a small structure that sits just beneath your eyebrows toward the sides of your face in each eye. When you yawn, you might place pressure on these glands to release more tears temporarily. Basal tears also normally flow diagonally across the eye to be collected by the opposite corner in a structure called the punctum, but tightly shut eyes during a yawn close this drainage opening off.

That means your tears have nowhere to go until you open your eyes back up. Before the punctum can do its work, though, you might have to suffer through blurry vision for at least a few second.

The next time you yawn, don’t feel so guilty about it. After all, it’s a natural reaction to feeling tired. Just dry your tears and get on with your day – until the next yawn hits and you have to do it all over again.