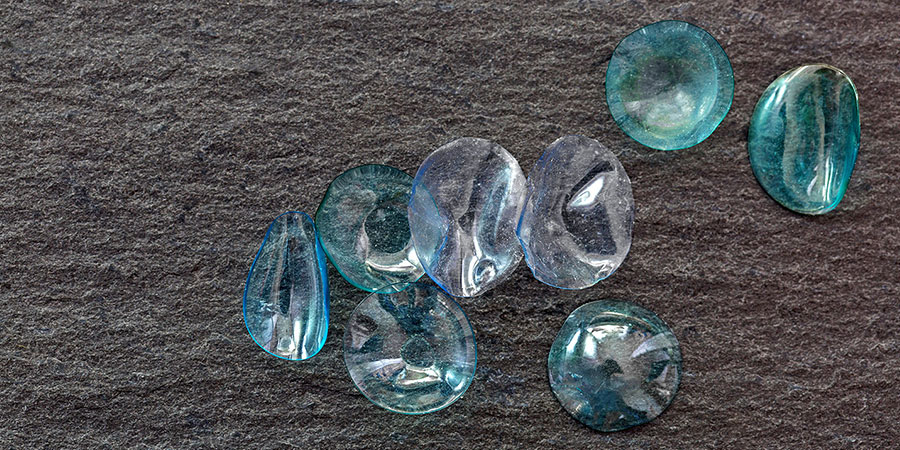 A growing number of people have become conscious about their impact on the environment, and have begun to do things like phasing out their use of plastic bags, containers, and water bottles. But who would have thought to look at contact lenses as a contributor to pollution? Contact lenses might seem small in size, but it turns out their impact on the environment can really add up.

The contact lens industry is growing, with over 125 million wearers reported worldwide as of 2007. While there are several types of lenses available (dailies, monthlies, etc.), none are currently biodegradable.

In the U.K. alone, more than 750 million contact lenses end up in landfills, incinerators or sewers every year. In the U.S., a staggering 2.5 billion lenses are collected by sewage each year.

However, it’s not just the lenses themselves that are thrown away. Plastic packaging and top foil, as well as plastic containers holding cleaning solution, also contribute to the waste. In 2011, a research group estimated that each pair of 100-milligram daily contact lenses came with almost four grams of plastic packaging, which were then both thrown away every day. Plastic that makes it to landfills takes up to 500 years to decompose, contributing to a surge in plastic leaching into our soil and water.

Microplastics and the environmental and human impact of contact lenses

With many people flushing their contacts down the drain, researchers at Arizona State University looked at what happens to the lenses in wastewater plants. They found that microbes in the facility altered the surface of the contact lenses which, in turn, caused the lenses to break down and form microplastics. Microplastics are just that – very small (less than five millimetres) pieces of plastic, that can pose a variety of problems.

For instance, marine animals can mistake microplastics for food. However, the material cannot be digested, which makes it dangerous not only for the animals themselves, but also for other animals along the food supply chain, including humans.

Microplastic particles can accumulate in the organs and tissues of animals and humans, causing immune responses (foreign body reactions and inflammations) called granulomas. A 2019 report from the World Health Organization, titled Microplastics in Drinking Water, said “if plastic emissions into the environment continue at current rates, there may be widespread risks associated with microplastics to aquatic ecosystems within a century, with potentially concurrent increases in human exposure.” They then demonstrate how living beings might be impacted by the absorption of microplastics. Researchers observed a 2% increase in bisphenol A (BPA) in mussels, a plastic that we are now accustomed to avoiding for its harmful health effects.

What’s more, microplastics can absorb toxins like pesticides and herbicides, concentrating these chemicals and moving them up the food chain as well.

Beyond the impact on our water supply, the contact lens industry also elevates our carbon footprint significantly. For example, in the U.K., between 2010 and 2011, vision problems equated to a carbon footprint of about 1.175 million tonnes of CO2 per year. With strategies in place to try to reduce greenhouse gas emissions, reducing waste in the first place should be the priority.

Although recycling programs for contact lenses and their packaging do exist (such as the ONE by ONE Recycling Program and TerraCycle), emphasis should first be on reducing waste, so that there is less need to divert so much plastic away from our water and soil.

Researchers are looking into contact lenses made of biodegradable materials such as soy, but there have been no concrete developments. What’s more, materials like soy could pose a problem for those with severe allergies.

Glasses and contact lenses have plenty of practical drawbacks, but even if the hassles don’t bother you, the impact on the environment (as well as animal and human health) is certainly worth thinking about.

With a wide range of procedures available, laser vision correction is a wise choice for both you and the planet. Book your free, no-obligation consultation today to learn more.