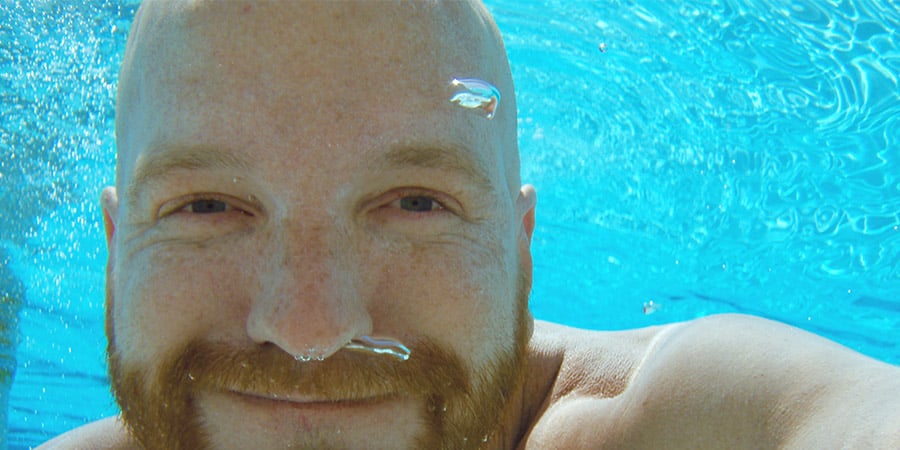 As any scuba diver or snorkeler will surely tell you, underwater vision can be a fascinating and rewarding experience. The reason why your unaided vision goes blurry underwater requires a basic discussion of the behaviour of light rays and the human eye.

Light rays bend when they travel from one medium to another, with the amount of bending determined by the refractive indices of the two media. Since water as a medium has approximately the same refractive index as a human cornea—one of the eye’s integral components that focuses images on the retina—it effectually eliminates the eye’s ability to focus during underwater vision. This is because underwater images are focused far behind the retina, resulting in a condition referred to as hyperopia, where incoming rays of light reach the retina before they converge into a focused image.

How Do Sea Creatures See?

Water absorbs light much faster than air and also scatters it into three dimensions. Thus, the eyes of most sea creatures evolved in a rather darkened realm where air pressure changes significantly as the creatures move up and down in the water.

Unlike humans, fish eyes are quite basic in that they have a fixed iris. As such, fish adjust to variations in light levels differently than us. However, along their flanks fish also have lateral lines, which are very sensitive to sound and movement and augment awareness, perhaps evolutionarily necessitated due to their relatively basic mode of vision.

As many divers know, by wearing a flat diving mask or goggles, humans can see very clearly underwater. The reason for this is that such a mask creates a layer of air separating one’s eyes from the surrounding water. This allows for minimal blurriness and bending of light rays, allowing you to see as much as you do above water.

In fact, most divers wearing a nice pair of goggles will even remark about how their vision under a clear body of water actually improves or magnifies. The reason for this is wearing a flat scuba mask or goggles will cause objects underwater to generally appear up to 33 percent larger and 25 percent closer than they actually are. So no, that pufferfish is probably not as large (or as terrifying) as it appears in the goggles’ magnification.

Of course, if you are among those unfortunate sufferers of hyperopia outside of the water, contact the experts at LASIK MD for a consultation to see if you are a candidate for laser vision correction.