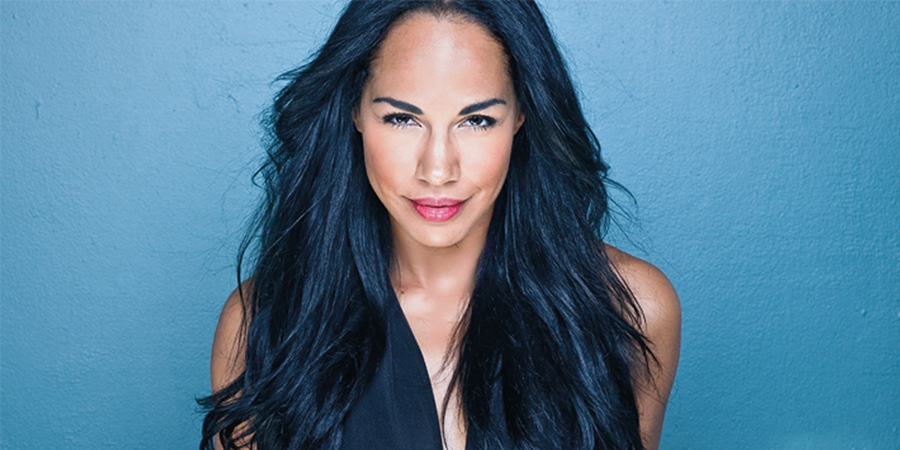 This actress simplified her life with LASIK

"Ever since I was a kid, I knew that I wanted to be an actor," says Amanda Brugel. Making her lifelong dream a reality hasn’t always been easy, and she’s had to work hard to get to where she is. But today, Amanda can proudly say that she’s doing what she loves for a living. In fact, her childhood self would be very proud of how far she’s come: Amanda’s built herself quite the successful career, appearing in both TV shows and movies in Canada and the United States. Off-camera, this L.A.-based actress is the mom of two children and heads a charity called Brugs Army. Being a working mom can be a tricky balancing act—that’s why it’s no wonder that Amanda sought different ways to simplify her daily routine. One key way she did so was with a laser vision correction procedure. Keep reading to discover how this popular actress made the switch from glasses and contact lenses to LASIK—and why it’s helped both her personal and professional life.

If you’re a pop culture fan, Amanda’s face might look familiar to you. After all, she’s been working in showbiz for more than 20 years. Her first major role came in 1999, with a small part in the Christopher Walken made-for-TV movie, Vendetta. Since then, her IMDb page has grown. Considerably. Where you probably recognize Amanda from, though, is her role in the hit Hulu series, “The Handmaid’s Tale.” She portrays the character of Rita, one of two Marthas (fans will know what that means). Beyond these credits, Amanda’s also appeared as Pastor Nina Gomez in the Canadian comedy “Kim’s Convenience.” She’s been on the silver screen many times, too, and has acted alongside some of Hollywood’s biggest names. You can see her in films like Suicide Squad and the critically-acclaimed drama, Room.

With so much going on, Amanda’s daily routine became hard to keep up with, especially caring for her eyes. Given all the flights to and from Los Angeles as well as long days (and nights) on set—contact lenses were proving to be more of a hassle than a help. Amanda had been weighing the pros and cons of a laser vision correction treatment for a while, but it took one fateful day, and one contact lens-related mishap, to finally push her to phone up LASIK MD. That was the day, she said, that she’d had enough.

She had been filming Suicide Squad, and Amanda could feel her contact lenses acting up. After a long day, her eyes were growing tired—itchy, red, and drowsy. She could feel her lenses drying out. Though she managed to push through it, Amanda says it was difficult to focus on her scene. This was especially discomfiting, as she was acting across from Tony- and Emmy-award winning actress, Viola Davis.

“My contacts had been in for eight hours that day. My eyes were red, and I couldn’t see a hand in front of me,” she says. “When I looked up at [Viola] and I wasn’t able to see her well, I said ‘that’s it—I’m getting LASIK.’”

Amanda finally completed the laser vision correction in September of 2015, just ten days before she was scheduled to appear at Toronto International Film Festival (TIFF) to promote “Room”.

“I got [LASIK] specifically because I knew I’d be on the red carpet,” she says. “But I didn’t want to worry about fussing with contacts.” So, she headed to LASIK MD’s downtown Toronto clinic to finally go ahead with her procedure, ultimately proving to be an experience she says she’d do again in a heartbeat. Amanda’s eyesight improved dramatically—and healed in time for TIFF! As for the laser vision correction procedure itself, Amanda says she was floored with the results.

“Usually I’m not good when it comes to eye stuff,” she laughs. “But the [laser eye] surgery wasn’t painful at all. And my doctor was so reassuring and took great care of me.” Amanda admits that although she once loved wearing chic, stylish glasses, she’s the first to admit she wished she had done the surgery sooner.

“Waking up and seeing clearly without my glasses never gets old. Best of all is the clarity, the detail you see—of trees, patterns on intricate wallpaper, even on TV—the details are incredible [after LASIK],” she says, recounting her first few days of clear vision. One moment stands out in her mind: once, while in Toronto, she was driving, looking for an entrance to the Gardiner Expressway. She couldn’t believe how, she was able to spot the entrance sign—and see it clearly—from about five blocks away.

“I couldn’t believe it, given how far away I was,” she says, about that experience.

Not only has getting laser vision correction helped her career flourish in many ways, but she’s thrilled by just how much it’s enhanced her lifestyle. She says she loves the freedom of getting out of bed in the morning and not having to fuss with her contacts. Instead, she can just throw on her favourite pair of sunglasses and go about her day. She says her clear vision is also a confidence-booster!

“Living my post-LASIK life means having the freedom to tackle the world head on,” says Amanda. And tackle the world she did. Since her surgery, she’s taken on new projects, lived in different cities, and continues to live out her dreams of acting.

LASIK MD wants to help you take your life to the next level, just like Amanda’s. Why wait? Book your FREE, no-obligation consultation today!