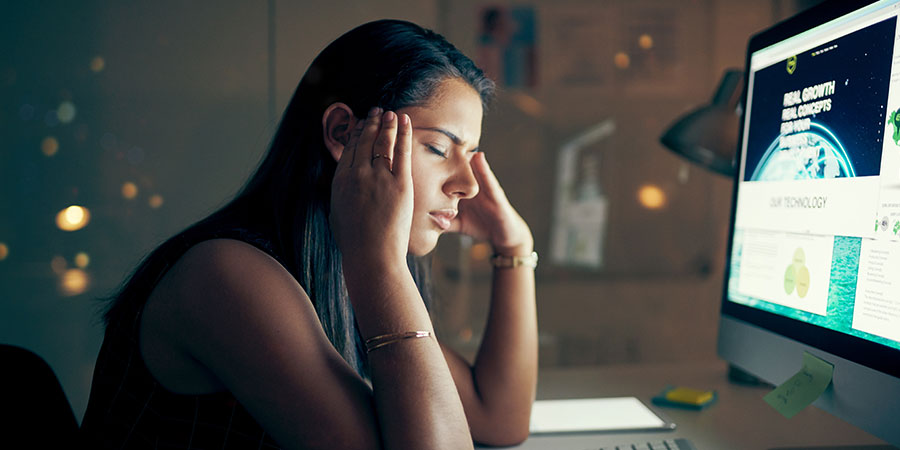 Signs and causes of ocular migraines

Have you ever experienced a blind spot, bizarre zigzagging patterns, floating lines, and flashes of light, sometimes later accompanied by what can best be described as a headache behind the eyes? You may have experienced an ocular migraine.

What is an ocular migraine?

An ocular migraine – despite its name – is a set of visual disturbances that may or may not be accompanied by pain. Sometimes also called ophthalmic migraines, they are characterized by a small blind spot in the center of one’s vision that starts to enlarge and is often accompanied by flashing lights, as well as other visual manifestations; these types of migraines are typically nothing to worry about. 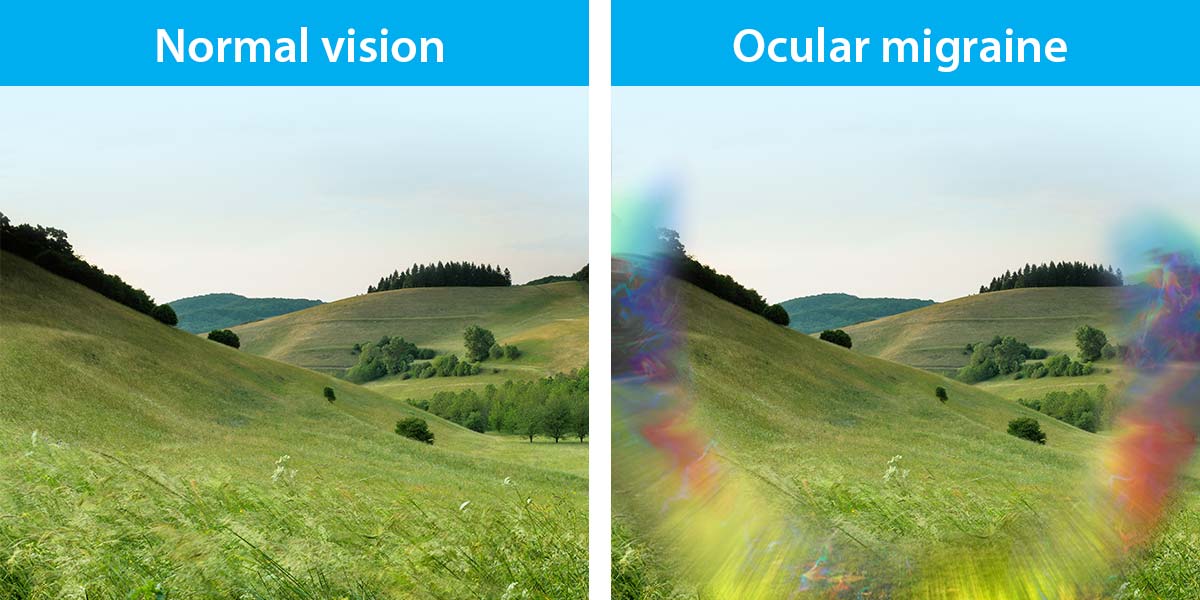 Around 14 per cent of the world’s population experiences some type of migraine, including traditional migraines, ocular migraines, retinal migraines, and other types.

A traditional migraine causes pretty intense pain, usually on one side of the head. The pain can last for hours and days and is often accompanied by nausea and sensitivity to light, among other symptoms. Ocular migraines are sometimes followed by pain, but they are usually more concentrated around the affected eye.

In some cases, an ocular migraine will occur without pain. In these cases, only the visual symptoms appear, which can sometimes be compared to looking through a kaleidoscope. These can include flashes of light, blind spots, floating lines, zigzagging patterns, and more.

This is similar to an ocular migraine, except the pain associated with auras is more widespread. Furthermore, the visual symptoms tend to disappear before the pain occurs. Comparable to a migraine aura, a visual migraine is characterized by visual disturbances only, however it typically affects both eyes and symptoms are resolved within 30 minutes.

Retinal migraines affect one eye and are usually accompanied by a loss of vision that, although scary, usually reverses on its own. It can last up to several months and has been shown to occur during hormonal fluctuations in women, like during pregnancy. Many people mistake this type of migraine with having a stroke.

How long does an ocular migraine last?

Ocular migraines usually last between 30-60 minutes. If yours lasts longer, it’s best to seek advice from a healthcare professional to confirm that you are not experiencing the effects of an underlying health condition.

Ocular migraines can be accompanied by a variety of symptoms and you may or may not have them all.

Although it has been difficult to pinpoint the exact causes of ocular (and other) migraines, most agree that potential causes are:

According to the World Health Organization, migraines are likely caused by the brain triggering an inflammatory response that releases pain-producing chemicals around the nerves and blood vessels in the head.

How to stop an ocular migraine: treatments

Although their symptoms can be scary, ocular migraines are not usually a sign of anything serious. They tend to be short-lived and not last longer than an hour. There is typically no treatment for them, although if you find them particularly troublesome or occurring often, you should speak with your doctor or an eyecare professional. They might be able to help you identify and control potential triggers like stress and insomnia; they will also be able to make sure that what you are experiencing is not a sign of any other underlying health or eye conditions.

Whether you’re experiencing ocular migraines or not, it’s important to go for regular eye exams. If you’d like to learn more about eye conditions, download our Free Info Kit.