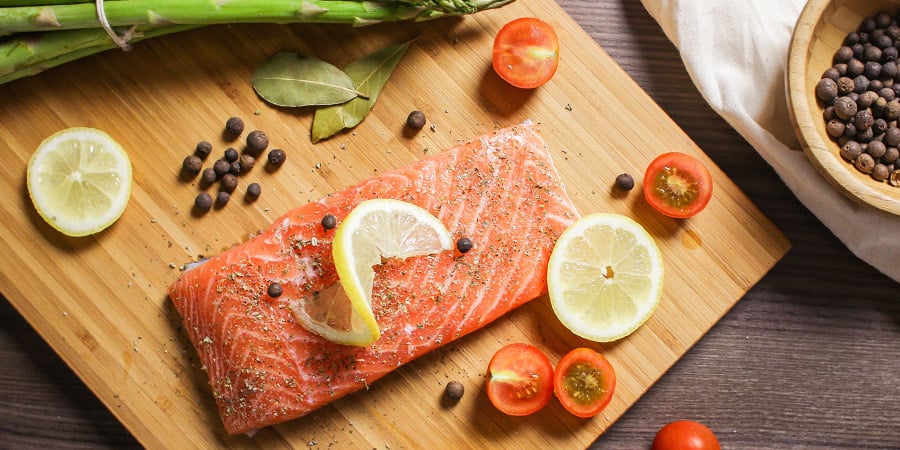 What do omega-3s have to do with your eyes?

For the layperson, it can seem like you need a Ph.D. just to understand some of the terminology the specialists throw around when it comes to eye health. You might even be more health-conscious than the next person and try to eat right when you can, but making heads and tails of nutrition these days can seem like a full-time job.

If you’re looking for a simple way to improve not just your eye health, but your overall physical and mental well-being, you might want to look into omega-3 fatty acids. Though this nutrient has become something of a buzzword in health food circles in recent years, you should take another look at it if only for the potential benefits it holds for preserving and repairing your vision.

Why omega-3s?
To explain just how important omega-3 fatty acids are to your vision, you should understand how the body makes use of the nutrient in the first place. A certain form of omega-3 is found in large concentrations in the retina, the primary light-absorbing structure in the eye.

While science has yet to find a direct link between the presence of omega-3 and changes in visual acuity, studies have connected omega-3 deficiencies in animals with worsening vision and damage to the retina.

Omega-3s do a lot more than just sit in the retina, though. Macular degeneration is a serious condition characterized by the gradual loss of a patient’s central field of vision, and according to the Canadian National Institute for the Blind, at least 1 million Canadians live with impaired vision due to the condition. However, a 2007 study by researchers at Tufts University in Boston found that omega-3 fatty acids might reverse the abnormal growth of blood vessels in and around the retina—the central cause of macular degeneration.

That’s not all, though: Omega-3s have also been linked to vision development prior to birth and during infancy, as well as less severe symptoms related to dry eyes. Of course, this is all in addition to the established effects omega-3s have on your cardiovascular and mental health.

Take a closer look
Though you might be ready to run out to the store and buy up all their supplements, you need to understand the ins and outs of omega-3 fatty acids before choosing which ones are right for you.

U.S. News & World Report explained that omega-3s are usually separated into three main categories: eicosapentaenoic acid, docosahexaenoic acid and alpha-linolenic acid. EPA, DHA and ALA all share some similar characteristics, but EPA and DHA are what’s known as long-chain omega-3 fatty acids. These larger molecules are found in animal sources of the molecule, such as salmon and eggs.

ALA, on the other hand, is a short-chain acid that plants and vegetables produce. Walnuts, flax seeds and soybeans all contain high quantities of ALA.

So should you seek out ALA, or are long-chain fatty acids better for you? U.S. News & World Report noted that, because your body has to work harder and longer to convert the plant-based ALA into a format it can use, most people choose to take omega-3s from animal sources. The most effective formulations include some combination of both EPA and DHA, with the most popular ratios giving you 3 parts EPA to 2 parts DHA.

However, there’s some evidence that ALA can be just as effective as its animal-based counterparts.

“The science is tricky to interpret,” Marion Nestle, Ph.D., professor of nutrition, food studies and public health at New York University, told U.S. News & World Report. “I think plant sources are highly underrated and that most of the fuss about omega-3s is about marketing, not health.”

Easy ways to eat more omega-3
It might seem like a molecule with as many health benefits as omega-3 fatty acids would be difficult to get ahold of. On the contrary, it’s one of the most readily available nutrients on the market.

Seafood is an excellent source of omega-3s, and AllAboutVision.com explained that half a fillet of grilled Atlantic salmon contains about 3.89 total grams of DHA and EPA. Mackerel, codfish and herring also have omega-3s in large concentrations.

If you’re not big into fish, you can substitute the dietary route for the nutritional supplement one. Fish oil capsules contain purified omega-3s, though the size of these pills may be a turnoff for some people.

Regardless of your dietary preferences, the benefits of omega-3 fatty acids are too numerous and important to overlook. If you’ve been searching for a new way to charge your vision, omega-3s just might be it.