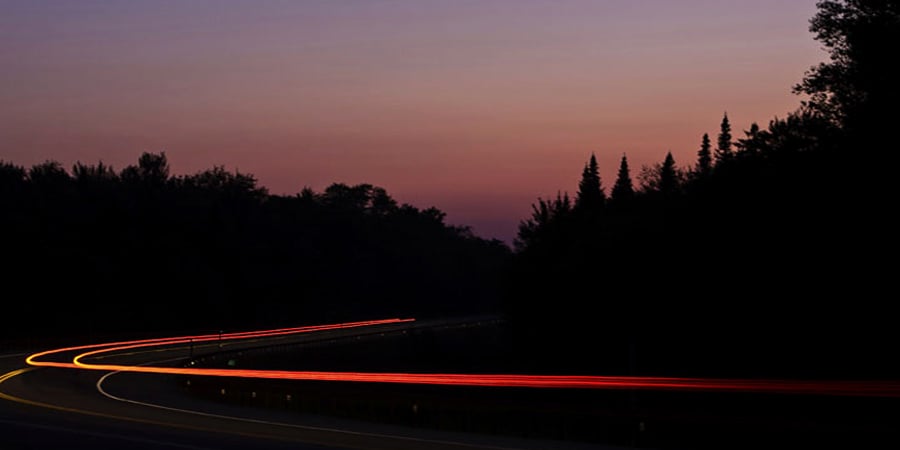 How does night vision work?

Many people would say that vision is their most important sense, and it shouldn’t come as a surprise that various technologies have been developed around maintaining and even enhancing good eyesight. Laser vision correction is one of the most well-known examples of how precise and beneficial modern technology can be – after a painless procedure and as little as a night to recover, you could experience perfect eyesight without the use of glasses or contact lenses.

Though LASIK can give you better eyesight than you ever thought possible, it can’t help you see in the dark. For that, you’ll have to turn to one of the most iconic military devices of modern times – night vision goggles. This device has been featured in movies, television shows and video games, but is that telltale green glow really how night vision works? And is it good for more than just spotting baddies in the dark?

Gathering light
Like all advanced technology, the inner workings of night vision goggles can seem so esoteric that it’s easier to just chalk it all up to magic. But the science behind night vision is actually closely related to how your own eyes work.

HowStuffWorks explained that the most common night vision technology is called image enhancement. This process involves several microscopic sensors that collect exponentially more light than human eyes, even on a moonless night.

But why is this night vision always green? Mental Floss explained that it was a deliberate design choice – there’s not enough visual information at night to render a world in colour, so night vision goggles need to display an entire landscape in gradients of a single shade. Fortunately, green light falls in the very middle of the visible spectrum, which means our eyes are better at distinguishing small changes in hue or contrast in tints of green than any other colour. Green light, like red, is also more forgiving on the eye when you have to adjust to seeing in the dark without any mechanical assistance.

Heating up
While a soldier looking through a green scope may be the typical image of night vision, there may be a more accurate way to see in the dark that has nothing to do with visible light at all – thermal imaging.

How Stuff Works explained that, in addition to reflecting the shorter waves of infrared light, all atomic materials give off thermal-infrared rays. These are essentially visual representations of heat, and because this is incredibly difficult to hide, thermal imaging has fast become the favored technology of Canadian search and rescue professionals. Hotter objects, such as humans and running engines, show up as colours like red and white, while cooler temperatures are represented by blues and greens – all of which makes spotting stranded hikers on a snowy mountainside much easier.

The National Defence and the Canadian Armed Forces website explained in 2005 that it had begun an initiative known as the Omnibus Night Vision Capability Project. This program began the process of equipping the Air Force with thermal imaging equipment to aid rescue missions across domestic and foreign fronts. In total, the Omnibus program added about 800 more night vision goggles to the Canadian Air Force.

Nonmilitary uses of night vision
Special forces might be the most common users of night vision technology, but the incredible versatility of thermal imaging has made it an excellent option for many others as well.

Depending on the materials involved, heat can transfer extremely well from object to object – your coat retains some of your warmth even after you’ve hung it up in the closet. This has led forensic scientists to use thermal imaging as a way to test if a particular location has been disturbed in the recent past. This can include holes dug into dirt, finger and handprints on walls, and even footprints. How Stuff Works explained that law enforcement regularly uses thermal imaging to find places where criminals have attempted to store incriminating evidence.

While night vision might be associated with the military, it has many other uses in surveillance and rescue that make it an essential part of the modern world. Handheld video cameras sometimes come with night vision features, so don’t be surprised if you can one day buy a car with an infrared-collecting windshield instead of headlights.