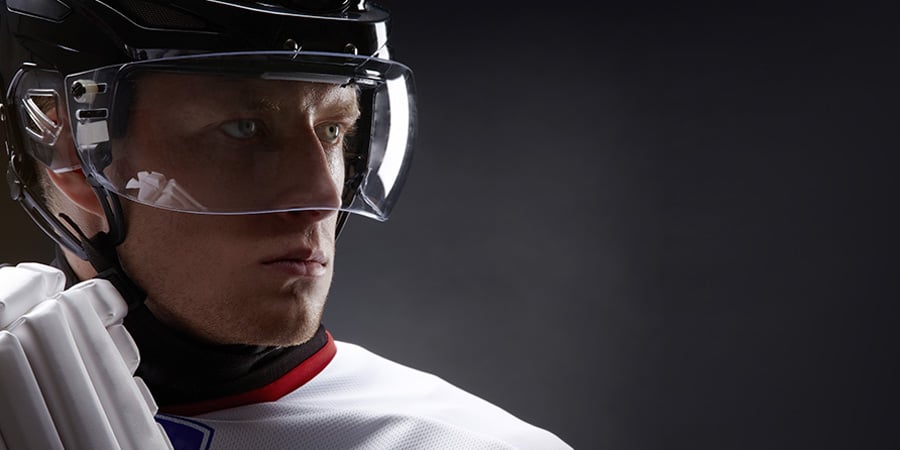 Great eyesight is a huge asset for any NHL player. Forwards are better able to control the puck, goalies benefit from greater ability to see shots coming and make big saves, and defecemen have a better chance of stopping an attack. It’s no wonder, then, that an NHLer like Dallas Stars forward Tyler Seguin turned to LASIK MD to help improve his vision and his game. Protecting that great eyesight is the next challenge. The NHL took a huge stance in the summer of 2013, voting to make visors mandatory for all new players.

While many junior leagues make wearing a half-visor (which covers the eyes, nose, and cheekbones) mandatory — and the same goes for Olympic hockey — the National Hockey League (NHL) gives players a choice. Hockey helmets are mandated, but if forwards or defencemen want to go visor-less, that’s their call. The biggest argument against these visors is that they might cause more high-sticking, since players wouldn’t be as worried about hurting each other. Visors can also cause strange problems, like what happened to Edmonton Oilers forward Ryan Nugent-Hopkins on Nov. 21 playing against the Florida Panthers. The stick of a Panthers player managed to fly up and get stuck in Nugent-Hopkins’ visor, forcing him to remove his helmet entirely. An unlikely circumstance, but combined with the thought of more high-sticking, it is enough for some opponents to cry foul on the need for visors.

There’s a real case to be made, however, that half-visors significantly reduce the chance of eye injury. Take Shea Weber of the Nashville Predators. On Nov. 28, he took a puck to the face, and though he was able to skate off the ice, he couldn’t see anything out of his right eye until the next day. Although the injury cleared up on its own, Weber now wears a visor for protection.

His injury is among the least severe. In 2004, Steve Yzerman of the Detroit Red Wings got a deflected slap shot to the face during the Western Conference Semifinals. Not only did the puck scratch his cornea but it broke his orbital bone — although he came back for another season, he played with a visor. Bryan Bedard, meanwhile, ended up with a torn and detached retina thanks to a slap shot; after a year off and seven surgeries, he returned to the ice. The facts are pretty straightforward: Covering the eyes protects them from damage due to slap shots and most high sticks. While players have concern about more limited vision on the ice and the idea of “invincibility” when wearing this kind of gear, the benefits appear to outweigh the risks. This is especially true for anyone who has spent the money on laser vision correction— why put that kind of investment at risk?

The NHL has now grandfathered in visors, but with 73% of players already wearing visors and that number set to rise, there will be more emphasis on eye shields moving forward. Those coming up from junior leagues are used to the idea that hockey helmets and visors are a natural combination, while the old guard is starting to see the threat of injury as greater than the “freedom” of a helmet alone.