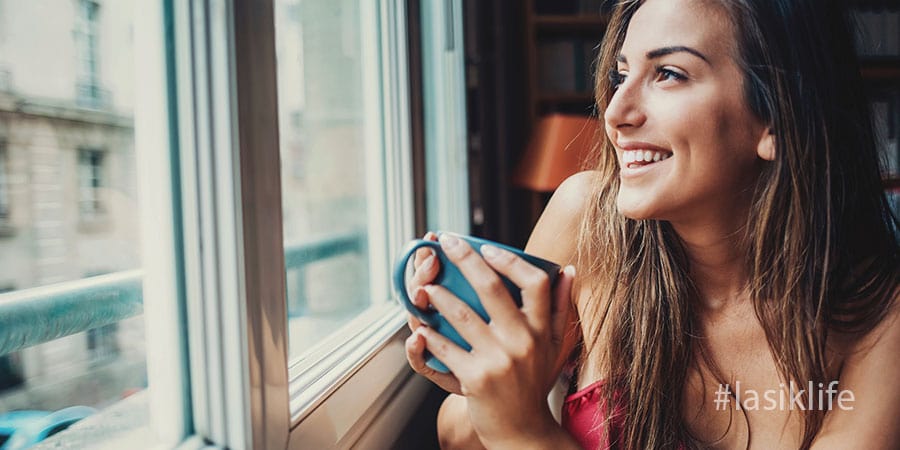 Why do LASIK patients recover so quickly?

Medical interventions of any kind aren’t exactly everyone’s cup of tea. And it’s for this reason that some people don’t even consider the LASIK procedure to be a viable option as many people say they are too scared of the procedure. Others might hear some unbecoming rumours, like that it’s expensive, it hurts too much, it can lead to blindness and so they write it off completely.

But in reality, there are many untruths out there about LASIK. Its minimally invasive technique and pinpoint accuracy are just two of the many reasons why LASIK can lead to such great outcomes and speedy recoveries. In fact, the healing process happens so fast that some people have reported clear, better-than-ever vision as early as the morning after their surgery.

Minimally invasive procedures are favoured by the medical world these days, such as LASIK. A procedure like laser vision correction is hardly invasive; meaning patients can get back on their feet in no time at all. In fact, the only “invasive” thing about LASIK is that the eye is given numbing drops prior to laser application. It takes just a few minutes for those to set in. The eyes then become fully numb to ensure that, during their procedure, patients don’t feel a thing at all.

Next, technicians use an excimer tool that creates a tiny flap on the outer layer of the cornea, the protective external layer of the eye. Depending on the patient, the flap created is small, but it never fully detaches itself. While the patient may need a bit of time to adjust to their post-procedure sight, the small corneal flap is the only physical part of the body that actually has to heal.

The corneal flap actually begins to seal up in just hours. Most eye care professionals will monitor patients for an hour or two shortly after to certify that everything is running smoothly, but once that’s over and done with patients are pleased to learn they can head home.

During the pre-operative period, qualified technicians spend a great deal of time creating a digital map of the eye. This is designed to show the area where vision weakens. It’s also a critically important step in delivering the accurate results LASIK has been come to be known for.

While the corneal flap is manually created, the laser that alters the inner part of the eye is automated based on the digital image of your eye. With a few short bursts—rest assured, these are much too brief to see or feel—the laser reshapes the cornea and forms a structure that lends itself to improved vision.

Healing rarely takes longer than seven days and many patients can return to work the day after. In fact, the only thing that might prolong recovery is the patient’s career, as certain jobs may mean less-than-favourable conditions for LASIK recovery. Patients who work in an office space with minimal dust, airborne debris and other irritants can usually return to work the day after the procedure. People with outdoor or high-risk jobs usually get back into the swing of things in just a week’s time.

The benefits to undergoing LASIK are numerous. Why wait any longer? Book your FREE, no-obligation consultation today and see how LASIK can change your life, too.