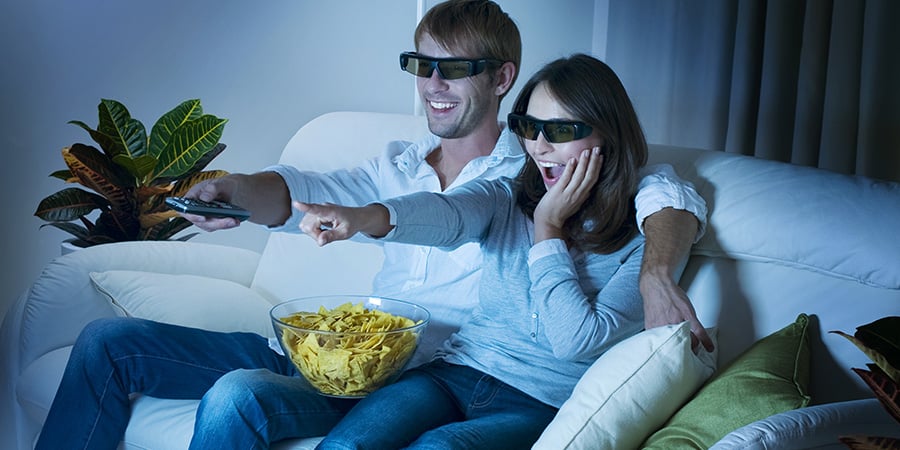 In a trend that hit the mainstream hard with Avatar, 3D movies are everywhere, from re-releases of old classics like The Wizard of Oz in 3D format to new features with high-powered special effects. 3D movies and TVs work by providing a different image to the left than to the right. In normal sight, the brain analyzes the difference between the images viewed by each eye to judge depth. While a normal video screen transmits the same image to both eyes, a 3D display allows the images to be different, tricking the brain into thinking that it is perceiving depth.

Despite modern advances in the technology, nearly all 3D setups require the viewer to wear special glasses to differentiate the images meant for each eye. As a result, 3D might not be the best choice for all movies. For films that feature loads of action or breathtaking scenery, however, nothing beats having a deep image. Here are some of the best 3D films released in recent years.

While re-releasing this classic adventure-thriller in 3D may have demonstrated how far special effects and computer-generated imagery have come since the 1993 original release, seeing a T-Rex with depth made the whole invention of 3D movies worth it.

The use of 3D technology in this movie is so good, you might think you have really escaped gravity and entered space when you watch it. No 3D movie has ever felt this real before—watching items flying towards you is actually rather frightening.

There’s little dispute that James Cameron’s 2009 epic stands among the best 3D movies. Twice in his career Cameron has created the “biggest film of all time,” and in the case of this three-hour journey to the fictional moon of Pandora, the reasons for such success are obvious. Instead of using 3D as a way to show off his technical skills or delight in blowing up virtual buildings, the Avatar director uses it to create a lush, living world—one that even caused a short-term syndrome known as “Avatar Depression,” which had moviegoers deeply saddened after leaving the theater that the world of Pandora wasn’t actually real.

On plot alone, the movie Life of Pi would probably fail to be quite as captivating as the book, but the 3D imagery makes up for that tenfold. Never has a floating island made of carnivorous trees looked so real, nor has having a tiger on board a tiny life boat ever been so beautiful. It’s still a terrifying concept.

The Adventures Of Tintin

True to its comic strip origins, The Adventures of Tintin was produced as an animated film. However, as one of the best 3D movies ever made, Tintin makes the viewer think that maybe, just maybe, Tintin’s animated world is somehow more real than the world she left behind when she entered the theater.

The technology going into 3D movies is only getting better, and prospect of what the industry will be able to do in the near future is exciting. Make sure your eyes are in top shape to enjoy the best movies available!