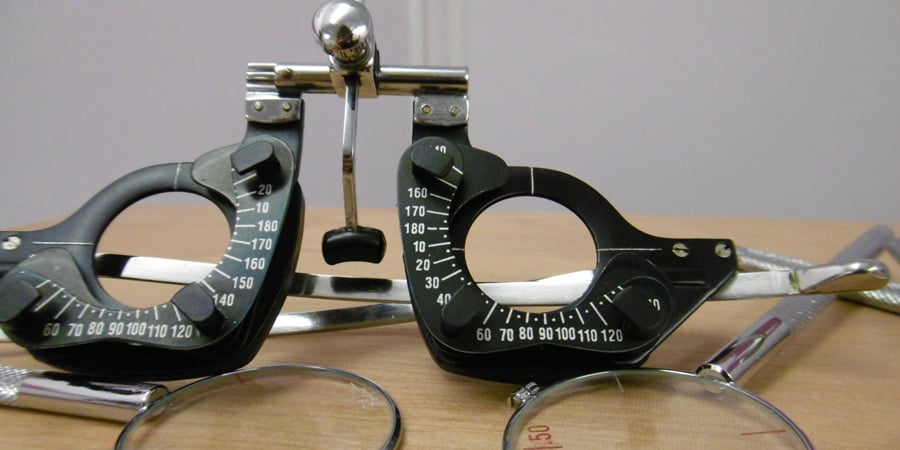 The Evolution of Optometry: A Quick Look at History

Optometry has a substantial history: In 1263, Roger Bacon first mentioned lenses as “useful for those with a weakness of sight,” according to the American Optometric Association (AOA). By 1286, the first rudimentary pair of glasses had been created. Yet it was the twentieth century that saw the greatest advancements; in approximately 100 years, the rapid evolution of optometry yielded a number of critical developments in eye health. Here is a quick look at some of the most interesting.

A Time of Change

In 1901, Minnesota was the first state to pass a law recognizing and regulating the optometry practice, and in 1910 the first university courses in optometry began at Columbia. By 1914, optometrists felt confident enough in their discipline to go on record both encouraging vision testing before drivers were licensed and creating regulations against the operation of vehicles by persons with poor eyesight. In 1915, Pennsylvania practitioners had optometry defined by the state supreme court as a separate discipline rather than as a minor branch of general medicine. And by 1921, the entire United States recognized the discipline of optometry. This paved the way for Charles Sheard to introduce the concept of annual eye examinations.

A Time of Conflict

The year 1937 proved vital to the evolution of optometry: Reader’s Digest published an article that contained exaggerated and untrue statements about the practice. The article, “Optometry on Trial,” prompted a response from the community in the form of The Story of Optometry, a book sponsored by the AOA to demystify the profession. The next year, Theo Obrig and John Mullen changed the face of optics by introducing the plastic contact lens, which relied on polymethyl methacrylate (PMMA) to hold its shape. In 1947, Kevin Tuohy was awarded the first patent for a corneal contact lens. The year 1952 ushered in the introduction of the cross-linked hydrophilic polymer (pHEMA); between 1953 and 1962, soft contact lenses were gradually introduced by Otto Wichterle.

A Time of Law

The next few decades introduced legislation regulating the field of optometry; it allowed practitioners to use pharmaceuticals for diagnostic purposes, and then expanded that authority to include prescription drug therapy. In 1981, Congress included optometry services under Medicare coverage, and in 1986, the AOA chose to adopt a standardized Optometric Oath.

A Time of Technology

For optometrists, 1998 was a banner year: Oklahoma passed the first state law allowing the use of lasers in certain treatments. Over the next fifteen years, this treatment protocol expanded, branching out into corrective vision procedures such as LASIK. The LASIK procedure uses precise laser technology to create corneal flaps and to adjust the shape of a patient’s eye to improve vision. LASIK MD now offers Standard and Advanced Custom Wavefront LASIK as alternatives to glasses and contacts—and it comes with a 20/20 vision commitment.

Optometry has evolved from a niche field to a respected discipline; LASIK MD represents the current pinnacle of ophthalmological treatment and sets the stage for another exciting 100 years.