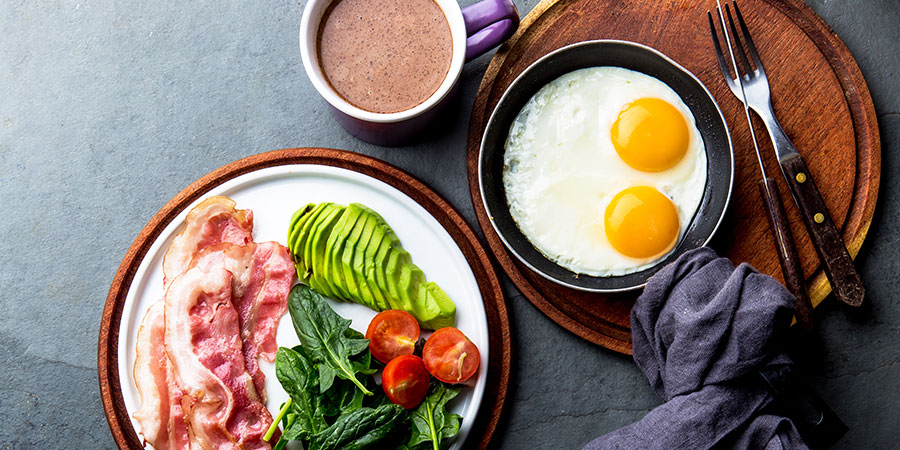 Does the keto diet affect your eyes?

The ketogenic (or keto) diet has become popular in recent years, with a surge in celebrity endorsements, specialty cookbooks, and anecdotes claiming significant weight loss. However, its original purpose was not to help shed those extra pounds, but to reduce seizures in children with epilepsy.

This diet seems to be the hot new trend and while we’re not here to evaluate whether it will help you with your weight loss goals, we can tell you how it might affect your eyes.

As always, be sure to check with your doctor before you make any significant changes to your diet.

Keto is a high-fat, normal-protein, low-carb diet that aims to put your body into a metabolic state called ketosis, hence the name ketogenic.

Normally, your body gets its fuel from glucose which comes from things like fruits, starches, and processed sugar. Someone on a ketogenic diet, however, eats produce rich in keto that allow the body to burn fat instead of glucose.

There are records going back to 400 BC which show physicians in ancient Greece using a diet similar to the keto one in order to treat certain diseases, including epilepsy.

Much later, in 1921, Dr. Russell Morse Wilder coined the term “ketogenic diet” and began using it as a means to treat epilepsy, especially in cases where medication was not helpful. However, the use of the keto diet for rapid weight loss is a new phenomenon.

Why balance is important

Just like most diets, maintaining balance is key. Too much of anything - even something that is good for you - may be harmful. On the keto diet, the right balance of fats, proteins, and carbs is what helps you maintain ketosis. Even eating too much protein can throw it off.

It’s also important to make sure that you get all the nutrients you need from the food you eat. For example, two patients being treated with keto diets for epilepsy started experiencing vision problems, due to a dysfunction with their optic nerves. They later discovered that it was due to a vitamin B1 deficiency and their problems were reversed after several weeks of treatment with B1.

There isn’t a lot of long-term research on the impact of the keto diet on anything other than epilepsy. However, there are some interesting findings that apply specifically to eye health.

For example, this study, and another in The Journal of Neuroscience, both show that it has a positive impact on glaucoma. The latter study showed that putting mice with glaucoma on a keto diet for two months protected their retinal cells from degeneration.

There are also anecdotes of people saying that they have experienced better vision after starting a keto diet but there is currently no research to support these claims.

There are a lot of foods available on the keto diet that contain eye healthy nutrients such as fish, leafy greens, peppers, and squash. This means that if you eat a lot of these foods, you can contribute to good eye health. In fact, these would be great additions to any diet.

On the other hand, some people report having dry eyes while on a low-carb diet such as keto. Since there are different ways to approach a keto diet, it might have an impact on whether you would experience this condition. The four approaches to keto are: standard, high protein, cyclical, and targeted. The range of carbs to be consumed per day can be anywhere from 20-50 grams, and up to 600 grams for the cyclical diet, but only on certain days. However, there are a variety of factors that could influence this condition so it’s important to see your optometrist to understand what exactly is causing your dry eyes.

So if you’re thinking of going keto for a while and are wondering if it will impact your eyes in any way, the answer is: there are no studies that show its long-term effects on the eyes. Like any diet, it’s best to eat as balanced as possible. While some seemed to have experienced some positive effects, such as with respect to their glaucoma, the most research on keto has been in regards to epilepsy. However, if you’re ready to shed the extra hassle of glasses or contacts right away, then book your free, no-obligation consultation now.