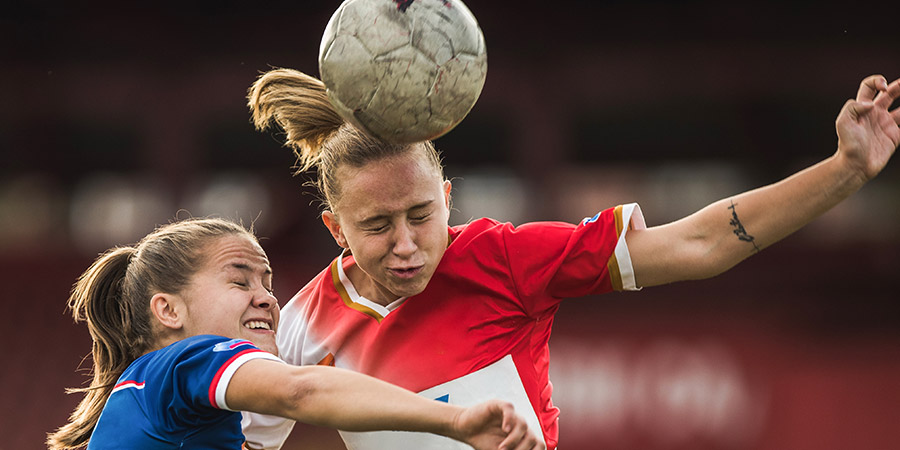 Concussion’s effects on the eyes

Concussions can affect anyone of any age. They occur for a variety of reasons and can range in severity, but did you know that they can also affect one’s eyes? Learn more about how a concussion is diagnosed, its symptoms and treatment.

What is a concussion?

A concussion is a traumatic brain injury. From the Latin word concutere, meaning “dash together” or “shake”, a concussion occurs when the brain hits the inner walls of the skull forcefully. Contrary to what some may think, this can happen without a blow to the head. For example, someone in a car crash that did not sustain a head injury may still experience a concussion due to the sudden jolt. Having previous concussions makes you vulnerable to more but other risk factors include participating in certain sports (such as football, soccer, and boxing), falling, and, of course, a direct blow to the head.

What are the symptoms of a concussion?

Concussions can range from mild to severe, and the most common symptoms are:

Although a concussion can be accompanied by a loss of consciousness, this is not always the case and should not be used as the only indicator that a concussion may have occurred.

Symptoms can arise immediately after the injury or days later. What’s more, symptoms may be different for children, especially because they cannot always express how they feel. Look for the following if you think a child may have suffered a concussion:

How is a concussion diagnosed?

Concussions are typically diagnosed based on the symptoms you are exhibiting. Your doctor will likely perform a neurological exam and test for things like balance, coordination, and memory. Diagnosis is not always easy, especially if symptoms are mild.

In fact, looking at the eyes can be a useful tool for diagnosing head traumas like concussions, Parkinson’s disease, and more. For example, the King-Devick test is a specialized exam where the patient reads a series of numbers as quickly as possible, while their eye movements are tracked. It allows doctors to assess saccades (quick eye movements), attention, and visual interpretation. There are even apps being developed to aid in the diagnosis of concussions, like this one that measures the pupil’s reaction to light.

Since concussions do not usually show up on imaging tests like CT scans and MRIs, these tests are usually only performed in order to rule out a brain bleed that may have occurred as a result of the injury.

How does a concussion affect the eyes and level of vision?

Several areas of the brain are responsible for vision so it may not come as a surprise that concussions can cause symptoms associated with the eyes and/or vision. Sometimes referred to as Post-Traumatic Vision Syndrome, vision problems following concussions are common and can include:

These symptoms can be especially disruptive to everyday life, whether in relation to returning to work or school.

Although rare, the following are more serious effects of a concussion:

Neuro-optometrists and neuro-ophthalmologists are both specialized in treating concussions, especially as they relate to the visual system. If you suspect a concussion, it’s important to schedule an appointment with an eye care professional and mention this. The benefits are two-fold: a comprehensive eye exam can help diagnose a concussion and can diagnose any effects of a concussion related to the eyes, like those described above.

Are the effects of multiple concussions cumulative?

If a second (or more) concussion occurs before the previous one has fully healed, symptoms could be more severe, and recovery can take longer. For this reason, it’s important to follow doctors’ orders and fully rest before returning to regular activities such as school, work, and sports. More research needs to be done to determine how many concussions is too many, and the resulting effects such as post-concussion syndrome, and the widely disputed chronic traumatic encephalopathy (CTE).

How are concussions treated?

Regardless of the symptoms you are experiencing, rest is the main treatment for a concussion. Other measures can be taken depending on the specific symptoms you have, such as for pain management.

Recovery depends on the severity of the concussion, as well as if you have suffered from one (or more) in the past. You may recover in several days, weeks, and sometimes longer if the concussion was more severe. Certain symptoms can linger, especially if a doctor’s orders were not followed, such as getting adequate rest.

Be sure to get checked by a doctor immediately if you have sustained a head injury or suspect a concussion.