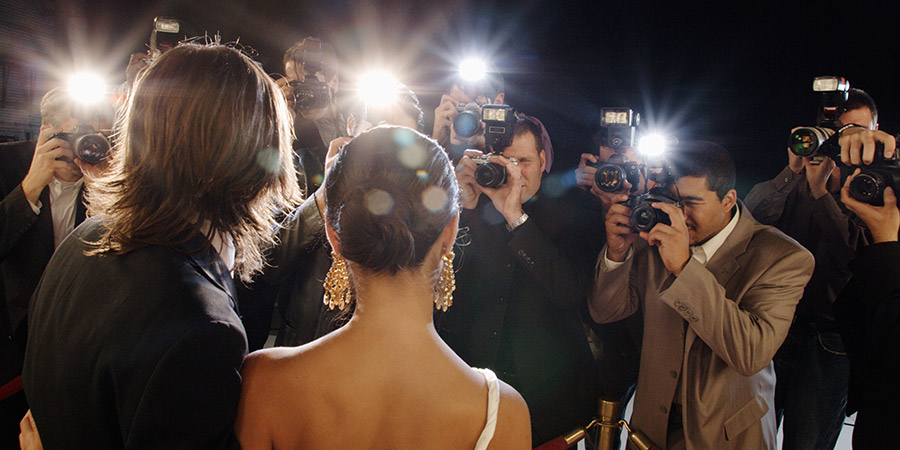 Celebrities are no strangers to LASIK eye surgery! You may be surprised to learn that some of the most popular famous faces have undergone laser eye surgery at some point during their careers.

Whether you live life in front of the cameras or not, LASIK eye surgery offers life-changing results by reducing or eliminating the need for glasses and contact lenses. So, regardless of if you’re filming a scene, performing in front of a live audience, or simply watching Netflix, laser vision correction surgery frees you from the inconveniences of blurry vision, and allows you to focus your attention on areas where it matters the most.

The following celebrities have all had LASIK eye surgery at some point during their careers, and they speak highly of their post-operative results. Learning about the positive effects LASIK has had on the lives of your favorite celebrities can help you decide if a vision correction procedure is right for you. While this is not an exhaustive list, here are some of the most famous faces to undergo laser eye surgery. Which one are you the most surprised by?

During an episode of Keeping Up with the Kardashians, Kim Kardashian underwent laser vision correction surgery at the Maloney-Shamie Vision Institute, located in Los Angeles.

Kim isn’t the only one in the Kardashian-Jenner family to undergo LASIK eye surgery. Her younger sister, Kylie Jenner, also documented her own laser vision correction experience for KUWTK. She underwent the procedure at the Maloney-Shamie Vision Institute. Rumor has it that Kylie’s sister Kendall and mom Kris have also had LASIK eye surgery.

Taylor Swift made headlines in 2019 when she opted to undergo LASIK eye surgery, which she subsequently discussed during an appearance on The Tonight Show Starring Jimmy Fallon. The host even showed home-recorded footage that Taylor’s mom had filmed of her post-procedure in which the singer could be seen freaking out over a banana.

Elton John is known for his bold costumes, which usually consist of a pair of glasses. However, the singer has been wearing fake frames during his performances for many years after getting LASIK eye surgery in 2003.

Supermodel Cindy Crawford had laser eye surgery several years ago, and from the sounds of it, she’s never looked back.

“The procedure was painless and I can see so much clearer now,” Cindy has said about the post-operative results. “It’s great to wake up in the middle of the night and watch television without my glasses, and, best of all, I can drive without glasses or contacts. I would recommend it to anyone.”

Especially in a game like golf, in which seeing near and far is critical, having the clearest vision possible is a critical asset. That’s why golf legend Tiger Woods has had several LASIK surgeries. He had his first procedure in 1998 before going in for an enhancement some years later.

Legendary musician Michael Bolton has been singing praises for laser vision correction procedures for years since undergoing LASIK. He has especially emphasized how vibrant colors look post-procedure. The singer visited the same clinic as Kim Kardashian, the Maloney-Shamie Vision Institute.

“It is just life-altering,” he’s said of the results, Ranker reports. “The day after the procedure I had to ask Dr. Maloney if it was my imagination that the green looked greener, the blue looked bluer. Everything looked more vivid. Everything was brighter."

The Legally Blonde actress wore glasses for most of her life before undergoing LASIK eye surgery. Given Reese’s profession, laser vision surgery likely made things easier during wardrobe fittings since the costume designers no longer have to accommodate her glasses or ensure she’s wearing contacts before filming a scene.

Rumor has it that Nicole Kidman opted for LASIK eye surgery when she was faced with reading an acceptance speech at the Golden Globes. The actress has only spoken highly of the results post-procedure. “Now I have 20-20 vision,” Nicole has previously explained. “I can’t believe I spent so many years with blurry eyesight, but I think that coincides with how I was feeling at that time. Now I can actually see if people are watching me, and I can also smile right back if someone waves!”

Brad Pitt spent many years of his career relying on glasses and contacts before he reportedly went for LASIK eye surgery in 2010, Ranker reports. Since then, the actor has had one less thing to worry about when getting ready for red carpet events or preparing to film a scene.

Courtney Cox got LASIK eye surgery in 1999 when she was at the height of her popularity on Friends. This was likely a practical move since her on-scene character, Monica Geller, didn’t use glasses, and wearing contacts for long hours while filming can become uncomfortable and inconvenient.

Both the Simpson sisters have undergone laser vision correction surgery throughout their careers. They reportedly had their procedures done in 2004. Jessica infamously recorded it for her reality show Newlyweds.

Jeremy London revealed he had LASIK eye surgery in the ‘90s during his stint on Party of Five. Ranker reports that the actor joked he had the procedure in order to see co-star Jennifer Love Hewitt more clearly.

The basketball superstar increased his performance in 2007 after undergoing laser vision correction to improve his eyesight. It was also a practical move in terms of safety, since LeBron no longer had to worry about glasses falling off or contacts becoming dislodged while on the court.

Actor Dennis Quaid had his laser vision correction procedure at Maloney-Shamie Vision Institute. He previously said he was frustrated after forgetting his glasses frequently, which led him to undergo the procedure.

“At restaurants I couldn’t see the menu without my glasses,” Quaid said of his vision before undergoing surgery. “I couldn’t read books, scripts, I couldn’t do anything… After the procedure, I no longer have to keep a pair of glasses in every room.”

The Hills alum Kristin Cavallari shared her LASIK experience for the cameras when she documented the procedure during a web series known as RealityLASIK. Prior to the procedure, Kristin said she was excited to not have to worry about putting in contacts every morning.

Ranker explains that the zany musician originally underwent laser vision correction surgery in 1998. This has made it easier for the performer to keep entertaining crowds across the globe with his eccentric antics.

Basketball legend Dwayne Wade revealed he had LASIK eye surgery in 2011. In basketball, it’s important to be aware of your surroundings to play both defense and offense. So, the higher level of visual clarity post-LASIK has likely helped Dwayne polish his game and focus with more ease.

If you’re wondering whether LASIK eye surgery or another laser vision correction procedure is right for you, book a free, no-obligation consultation. Our team of experts will be happy to address any questions or concerns you may have. Similarly, for more information on all things vision-related, be sure to check out our blog.