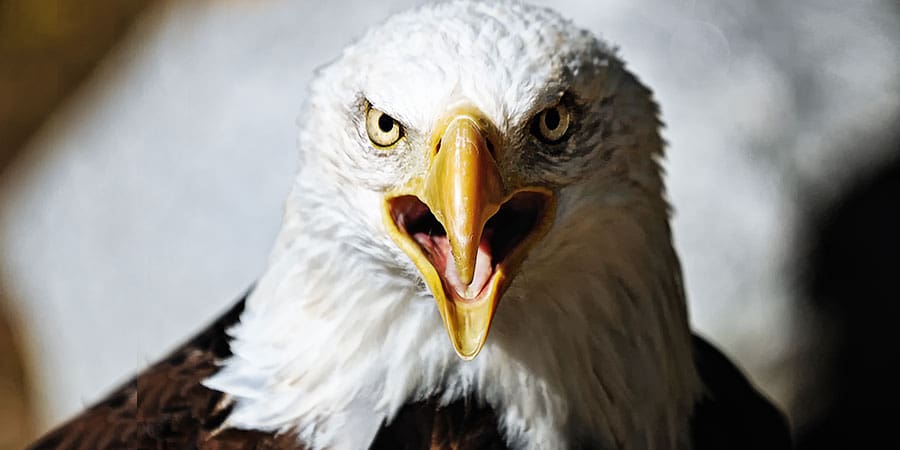 The animal kingdom is filled with a great variety of life, and sometimes this can result in amazing things. Sure, there are some oddities at the bottom of the sea, but just as many animals thrive off senses that amplify their perception of the world far beyond human capabilities.

Sometimes, these critters need incredible vision to hunt, evade predators or just take care of their young. While humans can certainly achieve high-quality eyesight and procedures like LASIK can help those with vision impairments regain acuity without the use of glasses, Mother Nature has provided some animals with eyesight the likes of which people will probably never see. Check out these four creatures with unbelievable vision.

These reptiles are most well-known for their camouflaging capabilities, but no animal that relies on stealth and hiding will stay alive for very long if it can’t notice the predators before it’s spotted. Listverse explained that chameleons have specialized eyes for scanning their environments.

Chameleons are able to move each eye individually, and because their eyes are located on the sides of their heads, this affords them a nearly complete 360-degree field of vision. This also lets them scan for food and potential predators at the same time, but when a delicious morsel is found buzzing around, they zero both eyes on the subject and shoot out a tongue with the exact precision of stereoscopic vision.

Sometimes, animals are so high on the food chain that they don’t need to worry about spotting predators. Instead, their vision is specialized entirely toward hunting. This is the case for birds of prey like eagles, falcons and hawks.

EyeWire explained that eyes in hawks have two fovea, a small spot within the eyeball that has a high density of rods and cones. Beneath the fovea is a thick layer of cells that transmit signals to the brain, so more fovea means a clearer visual picture. Humans only have one.

This allows birds of prey to search large landscapes from a great distance for nearly microscopic targets. However, like chameleons that have eyes on the sides of their heads to scan for threats, eagles also have their peepers located to help hunting. The eyes are pointed forward and face the same direction – in the event they spot prey, they can focus like no other predator.

We’re not talking about your average house cat here—these felines are wild and dangerous. Lions, tigers, jaguars, leopards and more all fall into this category of cats that are heat-seeking missiles when they’re on the prowl.

Buzzle.com explained that cats have excellent night vision thanks to a reflective coating on the backs of the eyes called the “tapetum lucidum.” When these animals are hunting around dusk or later, this layer increases the brightness of what they see to make hunting easier. They also have a higher number of rod cells that are more sensitive to light.

The sign of summer’s arrival in many parts of the country, dragonflies have a perfect representation of the insect world’s secret optic weapon: the compound eye. Listverse explained that dragonfly eyes are made up of more than 30,000 individual structures called “ommatidia” that each holds a lens and photosensitive cells.

Dragonflies have a complete 360-degree field of vision, which comes in handy as they zip around the air. As if that wasn’t enough, three smaller structures optimized for detecting movement help dragonflies spot even smaller bugs to make into an evening meal.