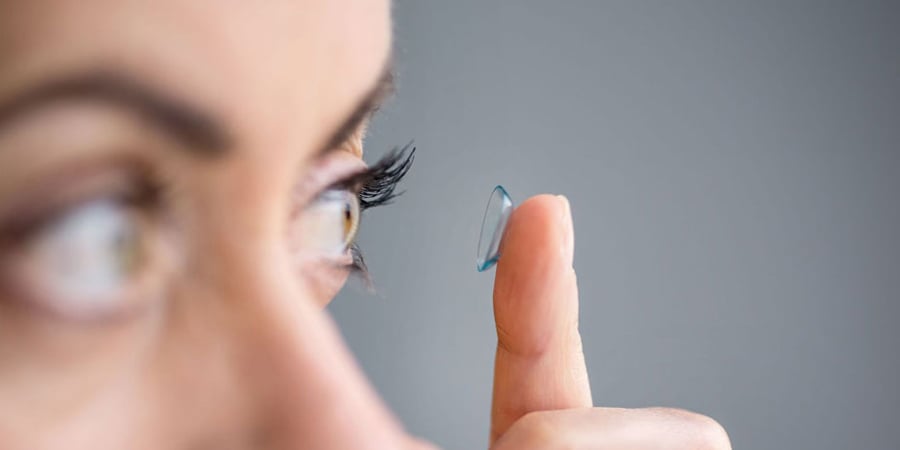 Contact lenses are nearly ubiquitous among individuals who don’t want to deal with eyeglasses every day. Despite their commonality, these visual aids are known catalysts for many ocular infections. These eye issues can range from mild to severe, but are almost always extremely uncomfortable and inconvenient. If you wear contact lenses, here are three infections you may be at risk of contracting.

Keratitis is one of the most frequently diagnosed infections linked to wearing contact lenses. According to the Canadian Opthalmological Society, this infection appears in one of three varieties: bacterial keratitis, fungal keratitis and herpes keratitis.

Bacterial keratitis affects the cornea, and is most often seen in people who sustained ocular injuries or who wear contact lenses. It’s usually painful and may have symptoms like lowered vision, eye discharge or increased light sensitivity. Bacterial keratitis typically progresses extremely fast, and may result in total blindness if it’s not addressed in a timely fashion.

Fungal keratitis appears similarly to bacterial keratitis, but its root causes are slightly different. While the bacterial variety of the infection can be brought on by any eye damage, or even a weak immune system, fungal keratitis is spurred by fusarium, a fungus that’s often present in water, soil and plants. It can develop in contact lenses that aren’t properly cleaned and maintained.

Corneal ulcers appear as seemingly open sores on the corneas. Eye Health Web explained that these infections affect the cornea from its epithelial layer to its stromal layer. Mainly caused by germs, corneal ulcers usually appear after this part of the eye has sustained a small injury or abrasion and has been left vulnerable to bacteria. They often appear in contact lens wearers who have used dirty lenses and introduced germs into their eyes.

The source noted that corneal ulcer symptoms may be different for every person affected, but they typically include pain, redness, light sensitivity, blurred vision, clouding and watering of the eye, discharge or the sensation of a foreign object floating around. Because corneal ulcers can lead to blindness, you should always reach out to your physician if you experience these or similar symptoms.

This infection, known as CLARE, impacts the conjunctiva and the cornea. It most often appears upon waking up, and the symptoms are usually red bumps on the tissue inside the upper eyelid, discharge, itchiness and lens intolerance, explained the Association of Optometric Contact Lens Educators.

CLARE is usually mild and doesn’t require any extensive treatment, though it can be painful, uncomfortable and extremely inconvenient. The source noted that people experiencing CLARE should stop wearing lenses for the duration of the infection, as this usually helps eyes heal. If the pain and redness are still present after 24 hours of removing your contact lenses, you may want to seek medical help, as it could be a more severe infection.

Overall, these infections can be prevented by practicing proper contact lens care. Many people cut corners with cleaning lenses and wear them far longer than they should – both factors that increase the risk of developing infections. If you’re not careful with your contacts, consider opting for laser vision correction, which will eliminate your need for these risky optical aids.